One of the highlights of my career in casting was working on La Bamba.

We went all over the country searching for the perfect Ritchie Valens, and along the way, discovered Lou Diamond Phillips in Dallas.
El Teatro Campesina’s brilliant founder Luis Valdez was the writer/director and Academy Award winner Taylor Hackford produced.
Back in the day Taylor mentioned a term he had coined, “Parking Lot Syndrome.”

PLS occurs when you go to your car after a film and you can’t stop thinking about the movie. Your hands are locked on the steering wheel and you can’t turn on the iginition because you are still re-living the experience. The longer the PLS the better.

I just saw Toy Story 3 in 3D. I was on the edge of my seat and begging for Kleenex.
It was one of the best thrillers I have ever seen, live action or animated.
My PLS lasted more than twenty four hours.
I can’t reveal any plot points here, but I can share a few highlights from the exclusive preview screening at Pixar.
Robin Williams was at my table. He’s just as funny as you think he’d be. He can start and maintain a rift on absolutely anything that is mentioned in a conversation. 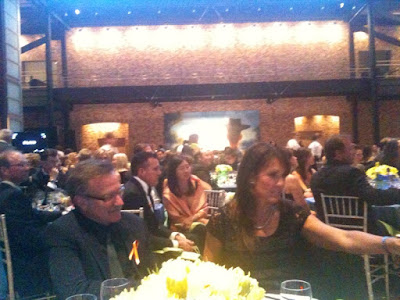 John Ratzenberger, Hamm the Piggy Bank, attended. He’s a piece of Pixar trivia as he is the only actor in all eleven movies. You’ll be a hit at cocktail parties once you memorize his roles in each Pixar film. My pal, Mrs. Potato Head Estelle Harris, was the belle of the ball and a stand out in the movie: 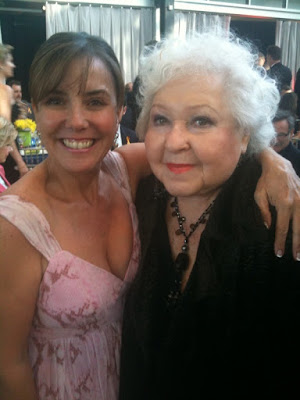 John Morris, the actor that played Andy as a kid, returned to reprise his role as a teenager. He signed autographs shyly. Actor Richard Kind of Mad About You and Spin City plays Book Worm in TS3; he was quiet, gracious and surprisingly recognizable. My favorite new member of the Toy Story team is Ken (as in Barbie) played by the amazing Michael Keaton. Nice guy, too, he donated $25,000 to the Juvenile Diabetes Research Foundation during the auction.

Toy Story 3 opens on Friday, June 18th.
Drop me a line after you see it and share your PLS!